The tiny beetles causing massive damage to your golf course 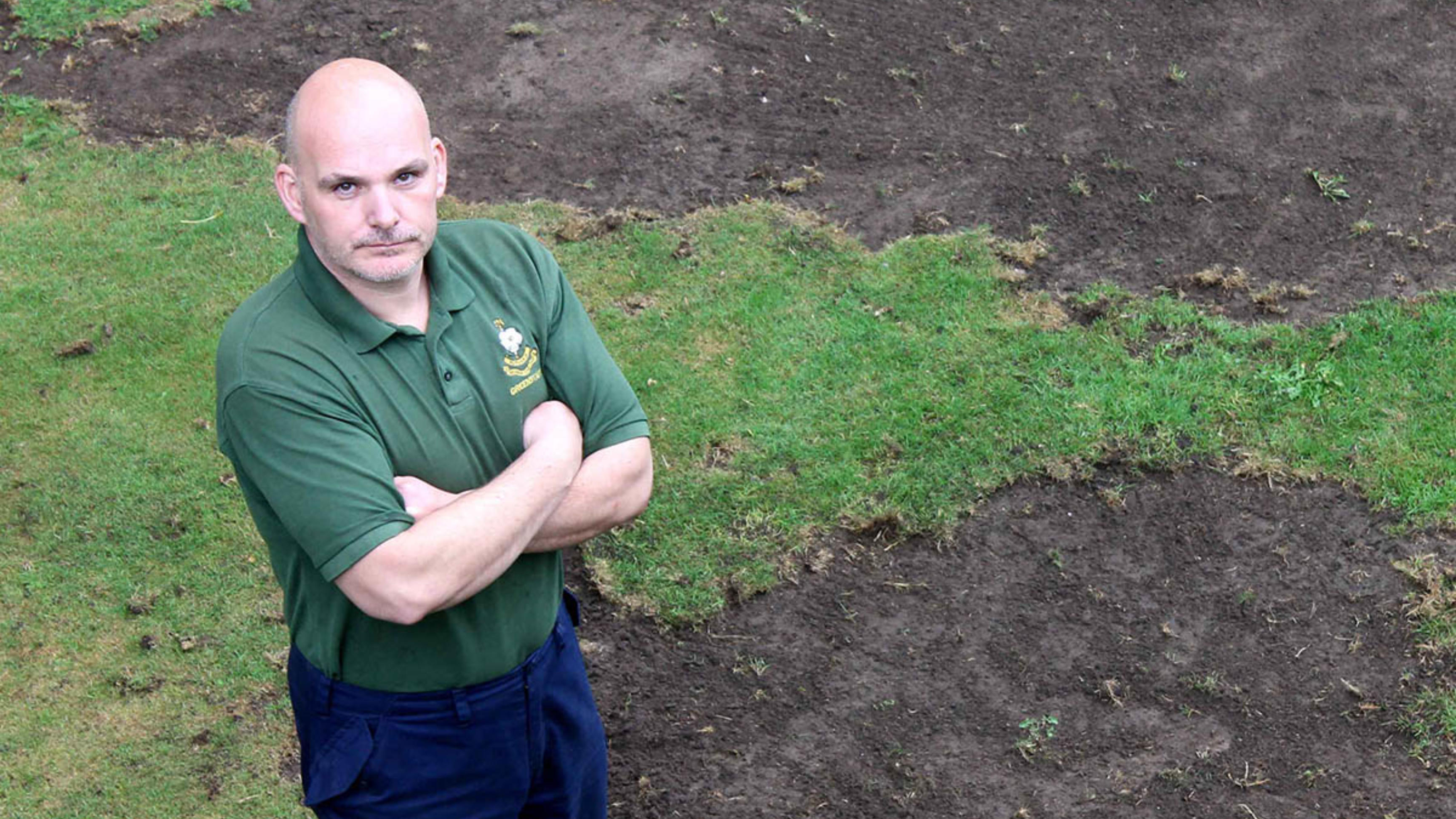 A tiny beetle is coursing massive damage to golf courses. This club is leading the fight back.

You may have noticed strange areas of your golf course that have been torn up, as though by a wild animal.

These areas can be anywhere around the course. They’re unsightly and you may have asked yourself why the greenkeepers haven’t done something about it. What you may not realise is that you’re face to face with one of the most distressing problems

At Brough, in the East Riding of Yorkshire, Rob Clare MG and his team have found themselves at the centre of that innovation, with leading industry bodies using the golf course and Rob’s expertise as they explore possible solutions.

What is causing the problem?

While the damage may be huge, the cause is surprisingly small. Chafer grubs are about 15mm in length and are the larvae of several species of chafer beetles. Each female beetle can lay up to 50 eggs, which hatch below the surface of the turf and feed on the roots, killing the grass and resulting in slow growth and yellow patches. The lack of a root structure also causes the grass to become unstable.

Wildlife, such as badgers and crows, will create the damage you may have seen on your course by digging to search for grubs. Whereas straight-beaked birds such as starlings can stab straight into the turf and cause little damage, crows and badgers will pull up large swathes of turf as they search for the foodsource.

Damage to the UK golf course industry has been estimated at £85 million a year from lost income and damage repair, so the search is on for an effective solution. There are five main species of chafers causing problems on courses around the country and identification of the exact species and their lifecycle analysis is critical if an effective management programme is to be introduced. Some chafers have a one-year life-cycle from larvae to adult, others live up to three years.

At Brough, Rob and the team have spent the last couple of years trialling a number of different methods of chafer grub control. Here’s a closer look at some of them:

These microscopic animals are sprayed on to the turf, where they burrow downwards and attack the chafer larvae by infecting them with a fatal bacterial disease.

Rob Clare: So far, the tests have been inconclusive.

In a laboratory situation they are very effective, but getting them to work in the field requires training and precise application methods. Using nematodes is not a one-application-treats-all method of management. It is both a proactive and a preventative measure and if used in collaboration with monitoring traps using special attractants, success rates can be increased.

While our tests proved inconclusive, others have had better results, such as at The Grove, where they had more success at lowering the below ground population of larvae. They had access to a machine that injected nematodes directly into the soil, but this machine isn’t readily available in this country. The secret relies on getting the nematodes to where they need to work, as quickly as possible, and developments are under way to address this problem. 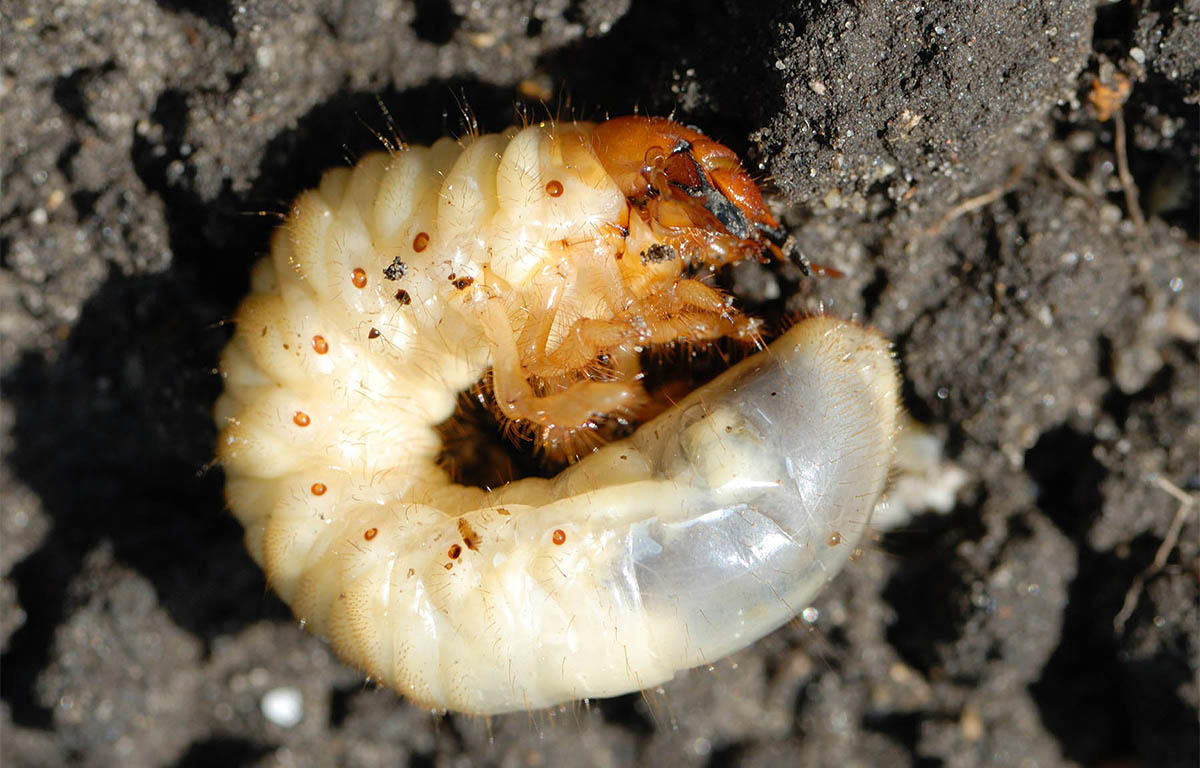 Each of the chemicals previously used to control chafer grubs have been removed from the market over the past few years.

In response, the agrochemical company Syngenta developed a new product, named Acelepryn, which is still awaiting formal approval – a process that takes years.

However, the need to find a solution on golf courses was seen as of particular urgency, due to the economic damage and loss of jobs that could have been caused. In response, emergency permission was granted for the product to be used on tees and greens from June until September 2019. Brough was one of the test sites for the new product, with trials being conducted by the STRI, the world’s leading sports turf consultancy.

Rob Clare: We used Acelepryn and we saw control, which was fantastic and this could become a really useful tool for us in future. However, the emergency authorisation that was granted only allowed it for use on greens and tees, while we were seeing a lot of damage on the fairways, so until we get wider authorisation, its impact will be limited.

Rotary knives are tools that crush the larvae during the months when they are closest to the surface. The grubs don’t like disturbance – which is why you won’t find them on well-kept greens – and the combination of weight and sharp blades of the machine has the effect of killing the bugs just below the surface.

Rob Clare: This seemed like a really effective method so we gave it a go. But we found that the crows would just use the slits in the turf as leverage to help turn the turf over to get at the grubs, leading to even more damage, so we had to abandon it.

Anecdotal evidence has suggested that there may be ways of controlling chafer grubs using organic products such as limonene, produced from citrus oil, or garlic.

If these were to work, they would be a cheap and safe alternative to other methods. The sports turf service provider Rigby Taylor has explored these possibilities at Brough, organising a series of trials.

Rob Clare: So far, the organic stuff hasn’t worked, so Rigby Taylor’s agronomists have gone away and they’re going to look at some other options.

Clover gives off an enzyme that grubs don’t like, so they don’t attack clover roots and are deterred from the area, leaving the grass alone.

Micro-clover has smaller leaves but the same benefits and is seen as a useful tool in public gardens.

Rob Clare: Unfortunately, clover doesn’t fit well on a golf course as it impacts play negatively so we consider it a weed. Clover is low-growing and stands out from the rest of the grass, while it also slows play as any balls that go into areas of clover are easily lost due to the canopy of broad leaves.

Rob Clare: Once they’re in the beetle stage and still mating, terns from the estuary come to the course and eat them. The problem is we don’t know at what point in the process they’re eating them.

One of the things we’ve started doing is, whenever we see an emergence of grubs, we strip the topsoil off the area. We then leave it fallow for a while to allow the birds to come down and eat the rest of the grubs. The turf is usually damaged beyond repair so once the grubs have been eaten, we returf the area.

Rob Clare: We’ve found that our best tool for relieving the pressure placed upon us is by communicating with our golfers. We’ve produced a lot of newsletters and we take the time to speak to golfers about what’s taking place out on the course and the challenges we’re facing.

So, what can greenkeepers do?

Unfortunately, no method will offer complete eradication of chafer grubs. However, there is the opportunity to control what there is, to keep them manageable and at an acceptable level. In communicating with golfers, the team at Brough have been able to get them on board and become part of the solution. If you have any questions, don’t hesitate to ask a member of your greenkeeping team.

But the important thing to remember is that golf courses are still open for business, for you to enjoy throughout the year.