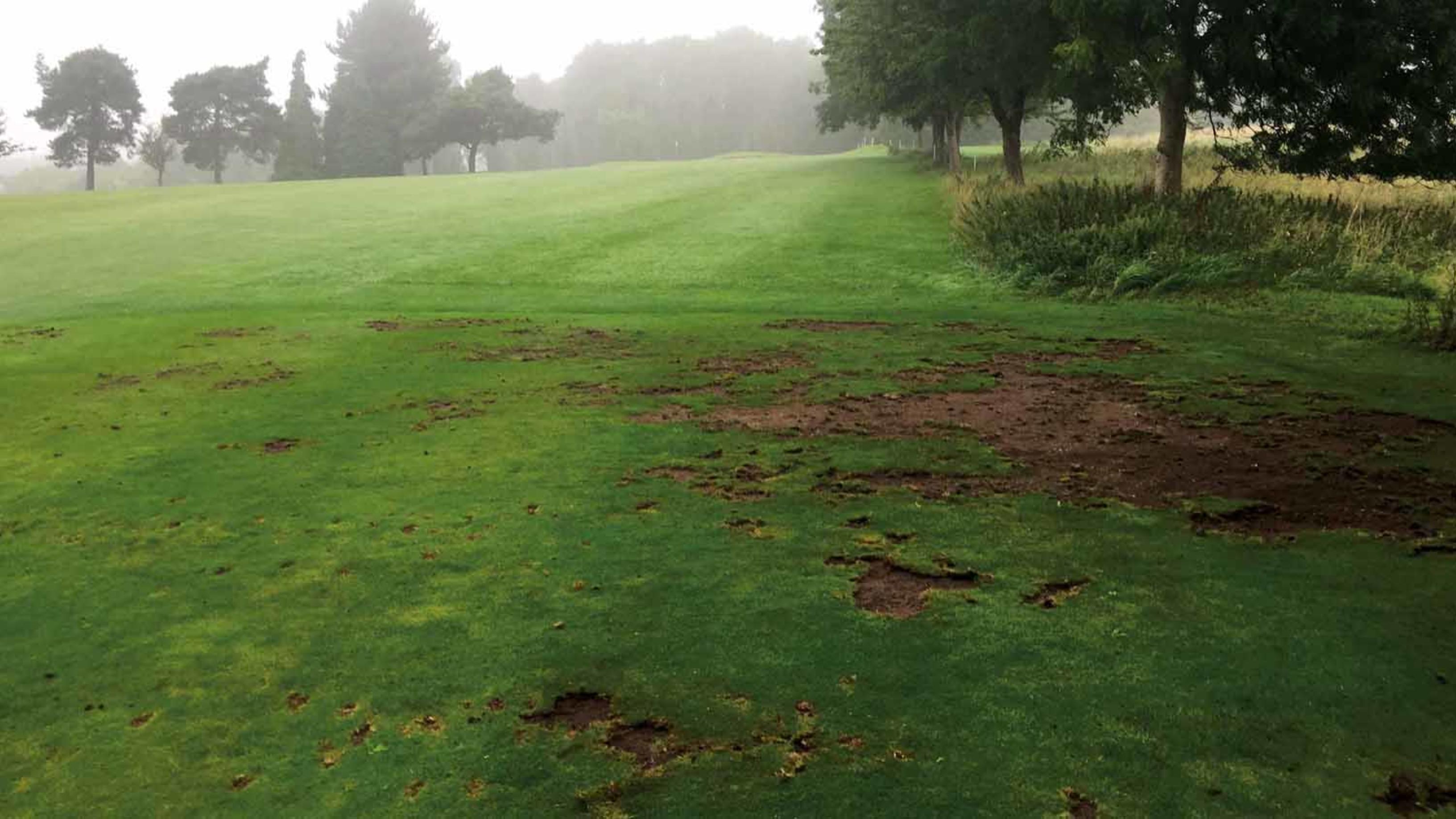 Have you spotted areas of your golf course that look like this?

Chemicals that have routinely been used to keep our courses perfectly presented are being withdrawn. What will the impact be?

The withdrawal of certain chemicals from sale isn't necessarily a bad thing as golf becomes more environmentally-conscious, but it will impact how your golf course looks and plays.

Imagine a golf course is like a human being. If you get sick, a doctor will give you antibiotics.

It’s not much different with grass. If it became infested with pests, or picks up a disease, there was a medicine that could nurse it back to health.

Except that isn’t necessarily true anymore.

In recent years a whole host of chemicals, that the greenkeeping industry has utilised to help ensure we have these wonderful playing surfaces, have been taken off the market. And in some cases, now they are gone, there’s no longer any guaranteed way of treating the ailment. What does that mean? Maybe we should all start getting used to some different course conditions when we go out to play. Stuart Green, BIGGA’s head of member learning, takes us through some of the irritants that might have more of an impact from now on…

Leatherjackets are the larvae of the crane fly, which is commonly known as the daddy long legs.

Chlorpyrifos. The insecticide was withdrawn due to changes in the authorisation of use.

Leatherjackets sit just under the surface and they will chew and eat away at the roots of the plant.

The main damage you will really see is what the predators coming to get them do on the surface.

Crows and badgers will pull the surface up to get at the grubs, causing huge damage. But regardless of this, the leatherjackets will sit there and chomp away at the roots – like sheep grazing the turf but in reverse. So if you didn’t have crows coming in to eat them you would start to see, particularly at stressed times such as when it gets hot, those areas of turf dry out and die off a lot quicker than other areas.

The turf has lost the root structure to keep it healthy.

You may now see more damage on the course, areas have been ripped up and will have to be returfed. You might have more areas of ground under repair. Some parts of fairways may be roped off.

Can anything be done?

Crows should be discouraged as they go in with their big beaks and just rip the turf out to get to them. Badgers are a protected species, which makes discouraging them tricky. However, you can attempt to do so by setting up feeding stations away from the course. 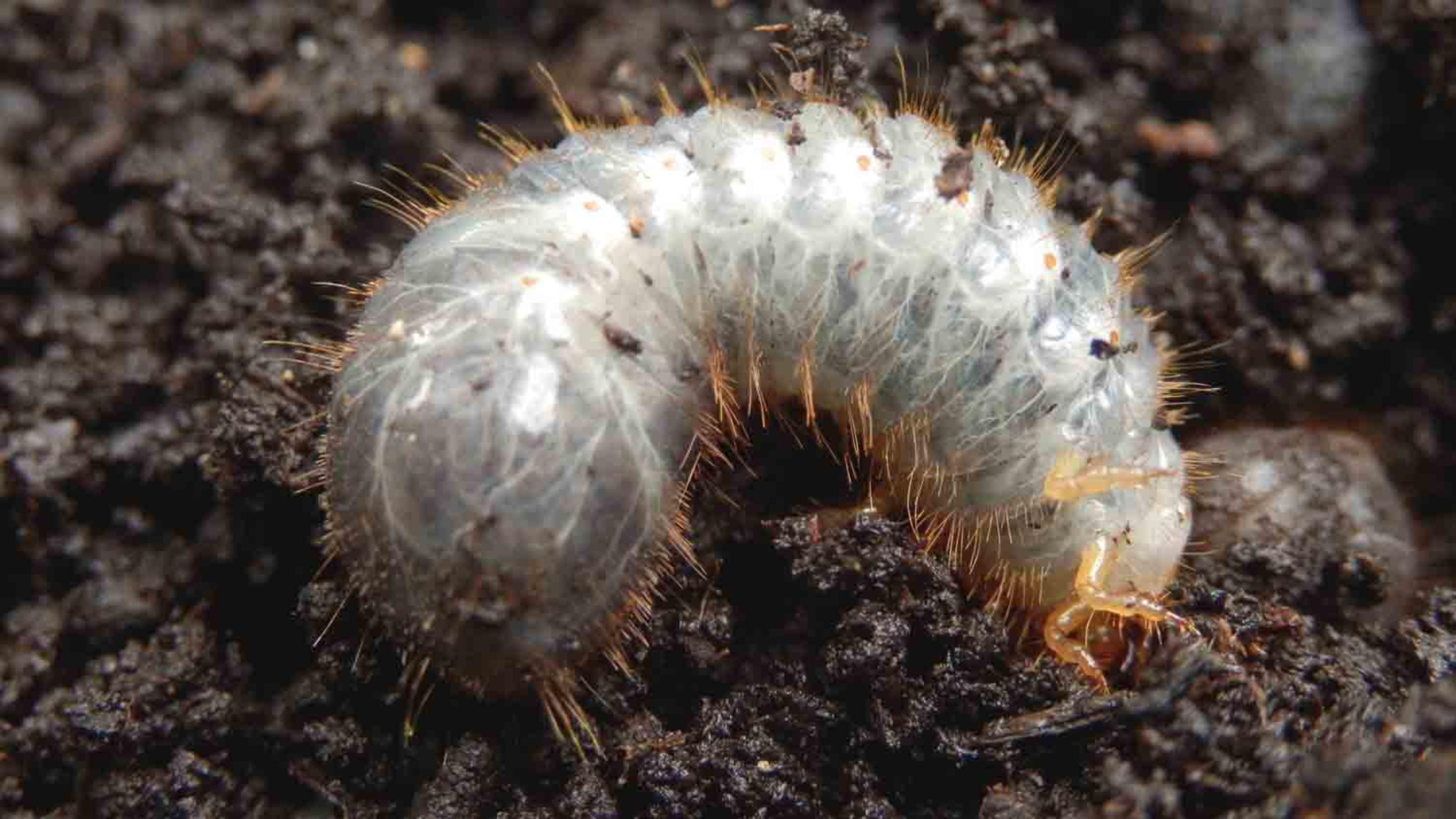 Chafer grubs are the larvae of the chafer beetle. They have stout, white, bodies, which curve into a C shape and can grow to 3/4 of an inch long.

It’s Imidacloprid, which is a neonicotinoid. These chemicals have been linked to reductions in bee populations. That was withdrawn recently by regulators.

It’s very similar damage to leatherjackets, but chafer grubs generally prefer a sandier, moist soil, so they can dig down and dig through it. It’s the secondary damage from birds and badgers that causes the major issue on golf courses.

Can anything be done?

From a greenkeeper’s point of view, there are other things they can do to try and discourage these pests. The leatherjacket and the chafer grub are laying their eggs at around the same time – around July and August.

Greenkeepers can avoid doing major aeration work at that time, so the surface is not being opened up. If you do that work, you’ve just created the perfect place for them to pop their eggs. They don’t actually have to do any burrowing to get down into the surface.

From now on, you are going to have to look at thresholds. How much damage are you willing to accept?

With the chemicals, it was: ‘we can stop that damage immediately’. Now we’ve got to work around that. But we are going to have a certain amount of damage, because it’s natural. Reducing your organic matter is certainly a way forward and there is evidence to say if you roll the surface heavily you will kill off chafer grubs.

There are a lot of cultural methods you can use, particularly to get leatherjackets up. Putting tarpaulin down on a surface sweats them out and they come to the surface and you sweep them off.

The other one that’s pretty good for getting rid of leatherjackets and chafer grubs is flooding, but this clearly has some other downsides.

There are two other options available to the greenkeeper that have a licence to be applied to control chafer grubs.

They are a biological product that uses nematodes and a garlic-based product. Both products have shown to be effective. However, they must be applied at the right time of year and during very specific environmental conditions, as this will greatly impact their efficacy. The garlic-based product is also effective on leatherjackets. 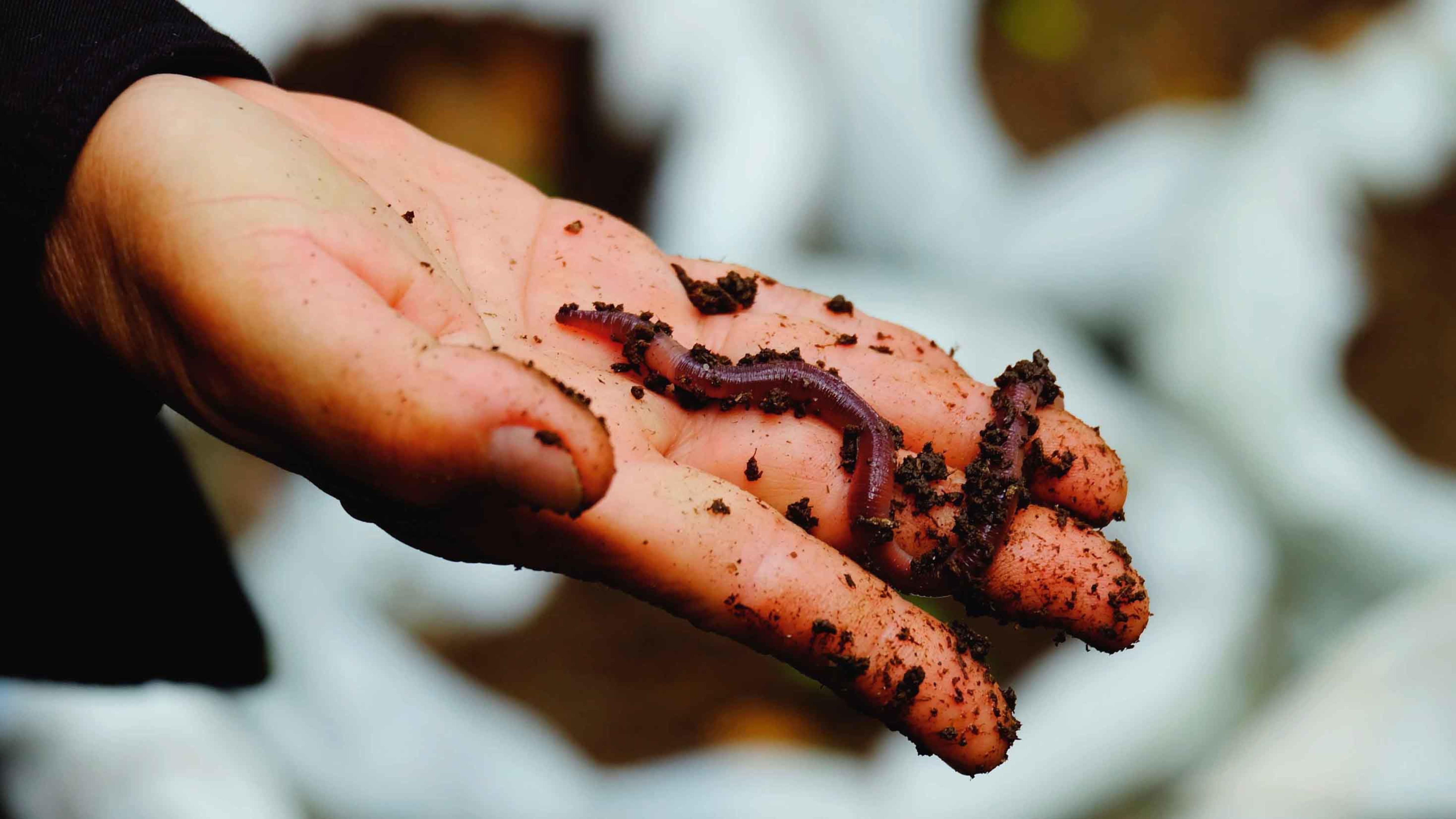 We have about 10 to 12 varieties of worm in this country and only three of them do any casting damage. The cast is caused by the worm coming to the surface.

Worms are fantastic in the soil and you want them there because they help to aerate the soil. They digest organic matter and they are really helpful within the ecosystem of your soil. Unfortunately, there’s always a minority that spoils it for the majority. Worm casts are soil and worm dung that gets deposited on the top of the surface.

The worms particularly like moist, heavier soils that have got a large amount of organic matter, such as you find in walk on and walk off areas around greens and tees.

When you have many worm casts on the surface, you are going to end up with a mudbath.

Carbendazim. It was a fungicide and it was discovered it had a side effect of controlling worms. Because worms are deemed a useful creature within the ecosystem of the soil, the fungicide was reclassified as a biocide.

It meant you couldn’t use it to control worms. Worms, to not put too fine a point on it, are now a protected species. They have been deemed a beneficial creature within the soil. You have got to apply this to agriculture and the amenity sector as well. In agriculture, you want worms in your soil. You need them.

The mud on the surface chokes the plant, causing it to die. What golf clubs have to realise now is that there’s not that magic bullet in the chemical store that will sort the problem out. What clubs might have to do is invest in a bit more manpower, possibly some more equipment, because if you’ve got worm cast problems you need to get that cast off.

If you’ve got casts on the surface, you can’t really mow because all the soil gets stuck on the rollers and into the blades. It will dull the blades, which will cost money to get them sharpened.

When you get mud on the rollers, it raises the height of cuts and you don’t get as good a cut on your surfaces. If you are cutting greens and tees, you should switch and brush all the worm casts off.

What can be done?

Worms generally don’t like acidic soil conditions. In theory you can start to acidify your soil but that takes a long time and it’s not always successful.

You also want to increase the sand content as well, to dry that soil out. You will reduce the ability for the worm to move through the soil because it becomes like concrete.

Replacing grass clippings, particularly on fairways, also makes a difference. They are full of moisture, nutrients and organic matter, which is the perfect wormfood.

So when you take them off, you are denying them this foodsource. 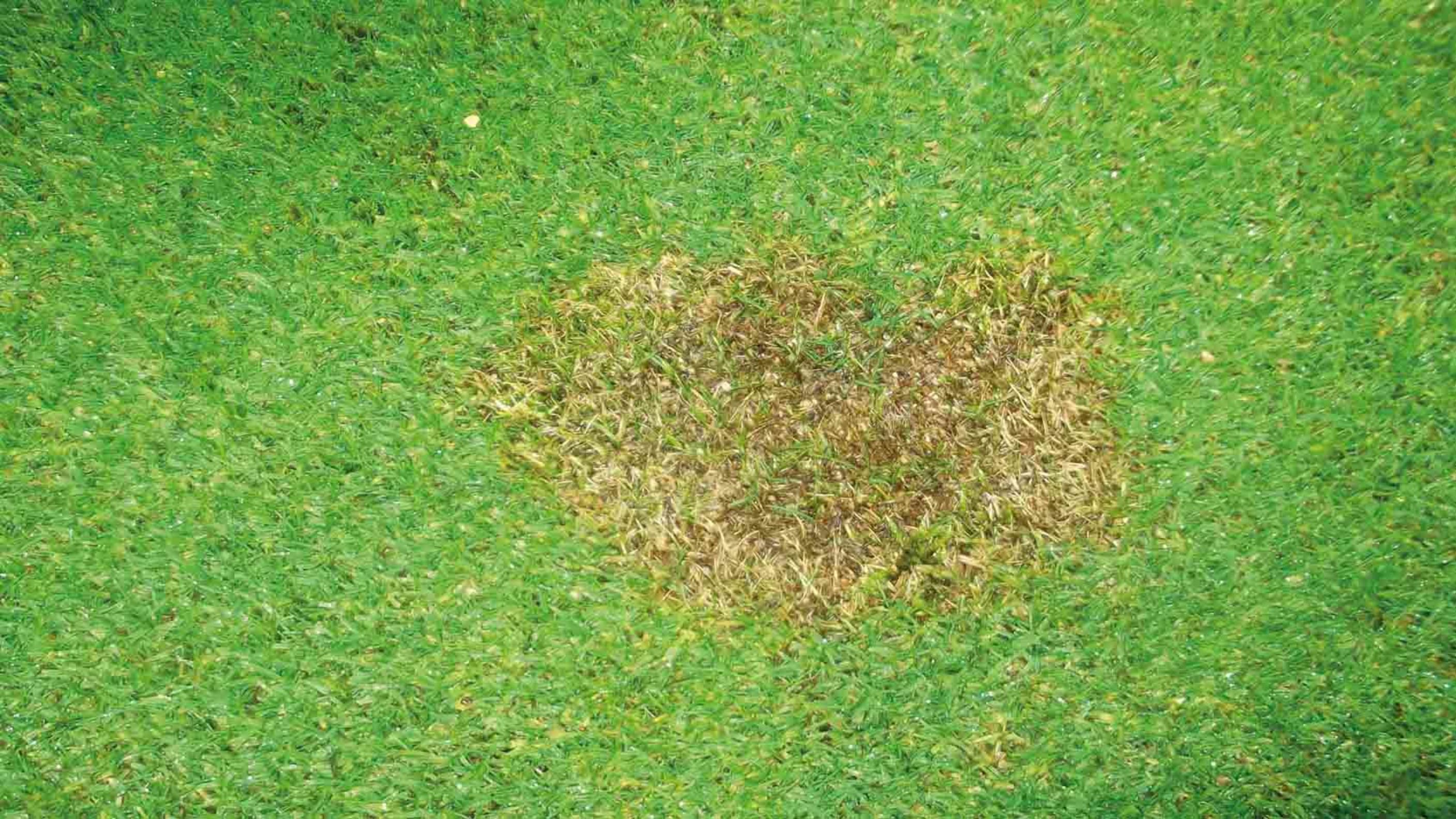 You might know it as fusarium. It’s the most prolific disease in the UK and causes the scarring you might typically see on greens during winter.

The active ingredient that is gone is called iprodione. It was a contact fungicide – very much like an antiseptic cream.

It was a case of ‘there’s disease out on the golf course, I’ll go and hit it with this and we’ll kill it off’. What you have to understand about the pathogen itself is that once you’ve seen the disease, the plant is already infected and is being killed.

What greenkeepers do is use that and a curative fungicide to kill it and stop it spreading. It’s very effective and very easy to use and it’s going to be gone by the summer. There are still fungicides available for controlling disease but they are a little more systemic. You have to apply them before disease is visible and they work from the inside out. They protect the plant from the inside. You have to be proactive with these and have a plan in place for applying them.

When you apply a fungicide, you are not just killing that bug, you are killing others as well – beneficial bacteria and fungi and, when you start to look at the ecosystem within a putting green, we know about 0.1% of what’s actually in there. We are using these fungicides and we don’t really know how they are affecting the rest of the bug population within our greens.

What will we see?

You will see more scarring. You are still going to see it but we won’t have that sticking plaster or antiseptic when it appears. Instead you are relying on what was put on before an outbreak to do its job.

What can be done?

Some greenkeepers are using biological controls and increasing their fungi and bacteria content within the soil to help them combat disease.

If we get ill, we are generally run down. We are out of balance, out of sync. That means our body’s immune system is low and it allows disease to attack and take hold. It’s the same with grass. We do something incredibly alien to that plant.

We are putting it under an immense amount of stress every single day. A grass plant wants to grow strong and tall and put seed heads out.

It wants to procreate. But we shave it to 3mm or 4mm in height, which means it is under an immense amount of stress and more vulnerable to attack.

The loss of these products, and many other tools from the greenkeepers’ arsenal, is restricting our ability to fight back. Lower standards of turf quality may be the inevitable result.

This article was first published in Your Course, a twice yearly magazine from the British & International Golf Greenkeepers Association. To read more about the work of golf greenkeepers in the UK and further afield, you can download a digital version of Your Course from the BIGGA website.