Why would anyone be a greenkeeper? 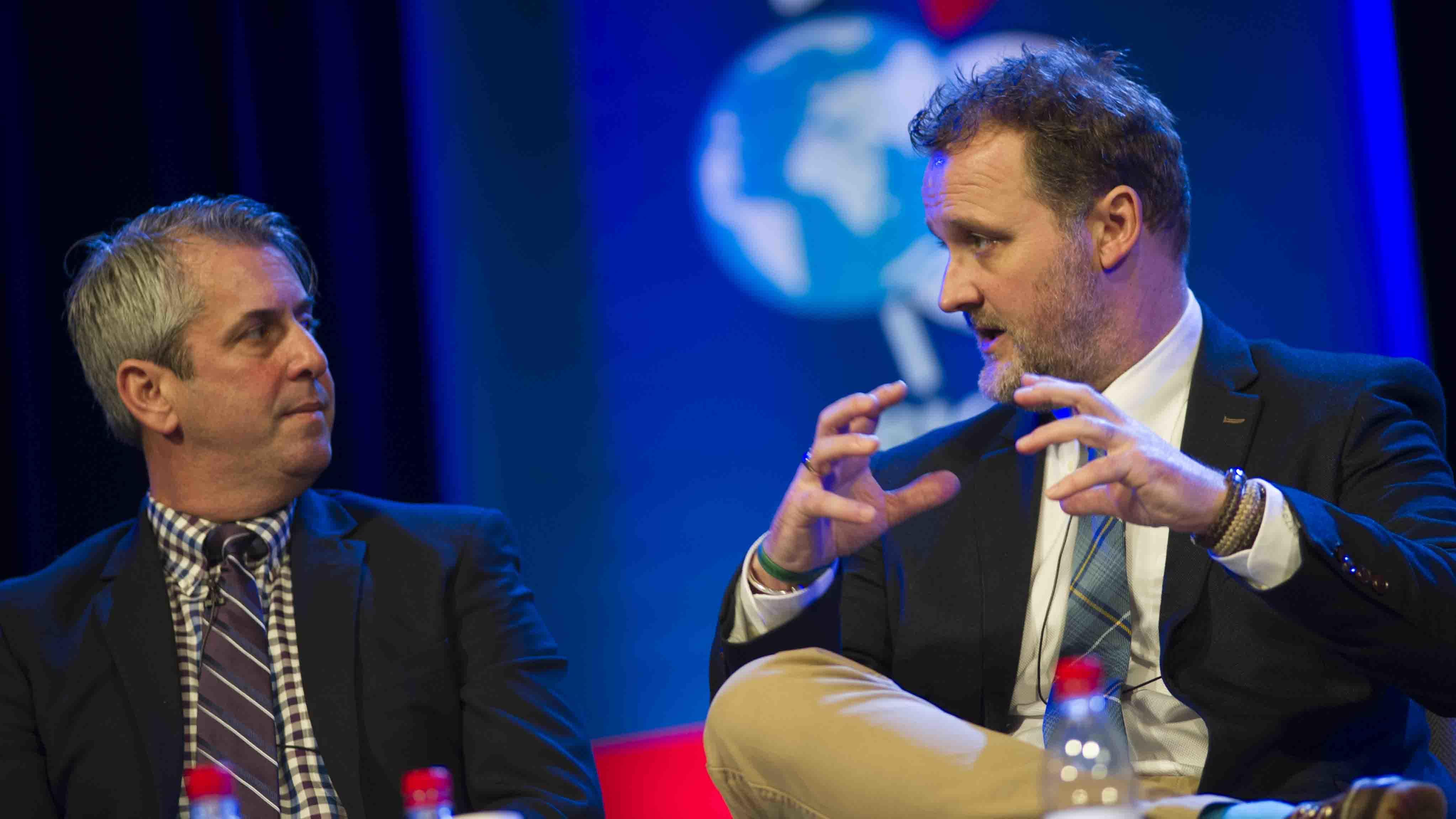 Early starts, angry golfers and poor weather. Why would anyone be a greenkeeper?

Steve Chappell, who can list Gleneagles, Bath and Neath and now plies his trade at Royal Bled in Slovenia, tells us what he loves about his job.

Why did you decide to become a greenkeeper?

I got into greenkeeping through groundsmanship, as much as anything else. When I was younger, all I wanted to do was play cricket. But, like many young people who want to pursue a career in professional sport, I just wasn’t good enough. A careers officer, and a games teacher I had at school who was a very good friend of mine, suggested ‘what about looking after sports turf as opposed to playing on it?’

If you can’t play, then do the next best thing, and that’s basically how I got into it. I got an apprenticeship place at Bristol Lawn Tennis Club, and lawn tennis and cricket are both very similar in their set up for a season. I did that for a year and thought it was quite good. Then I was advised to look at golf because there were more options for a career in greenkeeping.

I got a four-year apprenticeship at Bath Golf Club and was put through college for City and Guilds. Within a couple of months of spending time on a golf course, I loved it and thought it was great.

Did you play golf before you started the job?

I played golf, yes, but greenkeeping wasn’t the sort of thing I’d really considered. Within a really short period of time, though, I realised it was great. I felt really comfortable. I enjoyed being outside.

What is it you love about the job?

You get to see all manner of wildlife and nature in their own natural environment, which most people just do not see. At a lot of clubs you start early and finish early, so you get the afternoon to yourself. You can then play golf or do other things like spending time with the family.

The opportunities within our industry are now so vast that you can travel the world. I’ve been fortunate enough to visit pretty much all corners of the globe. 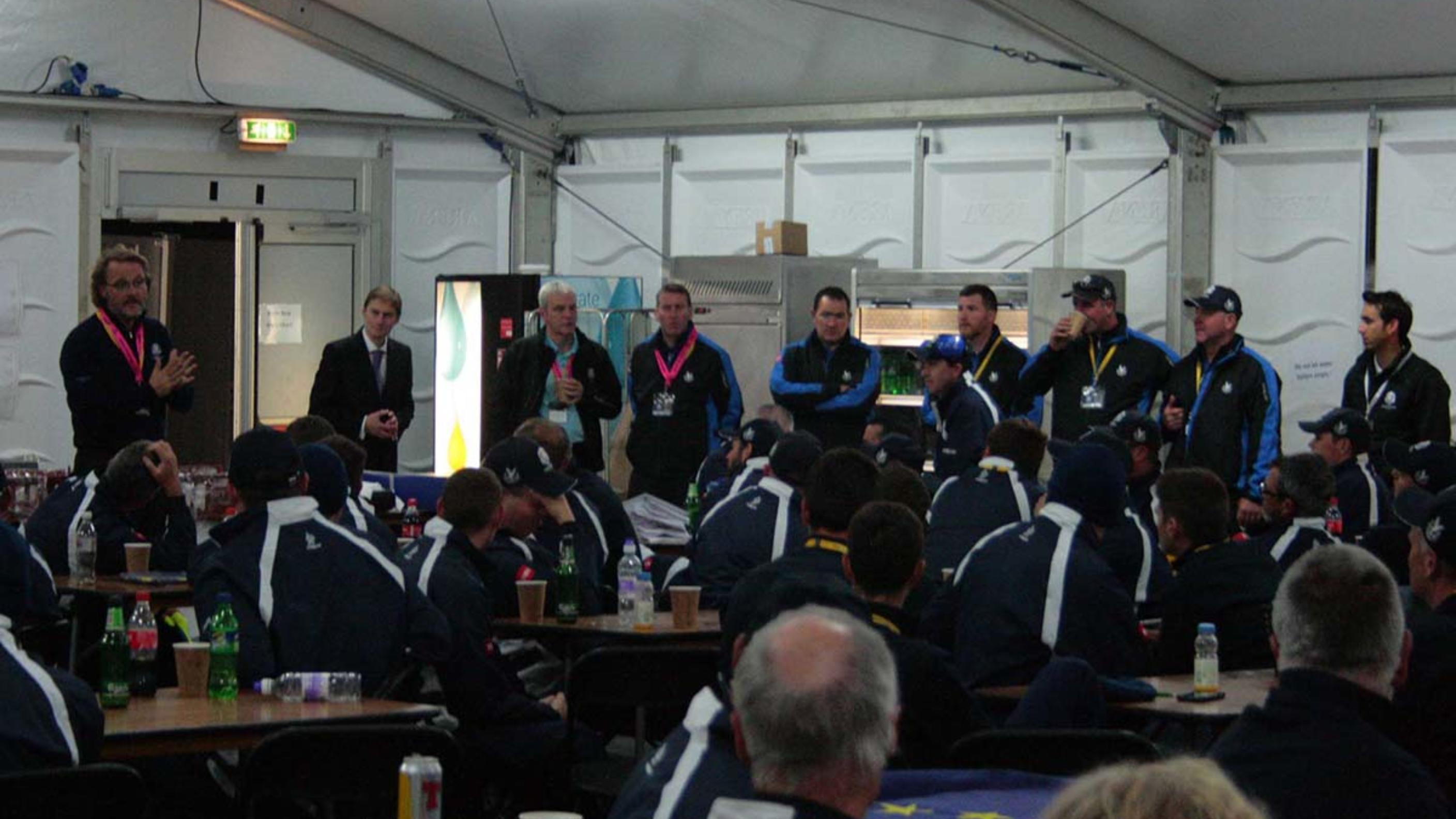 Steve leading a team briefing at the 2014 Ryder Cup

What opportunities has it brought you?

I’ve had the opportunity for self-funded travel. Through going to conferences and meeting people within the worldwide industry, I’ve made contacts with superintendents from around the world. In 2000 I went out and spent a couple of weeks at Riffa Golf Club, in Bahrain. It was an amazing experience. During my time at Gleneagles I became friends with Curtis Tyrrell, who was the superintendent at Medinah and went out and did the Ryder Cup. Those opportunities, through meeting people and making connections, have given me the chance to experience things I wouldn’t normally have expected to.

If I want to get into greenkeeping, what can I expect?

There are two things people really need to appreciate, I think, if they’re going to consider a career in greenkeeping. One: we get up early in the morning. Two: There’ll be an element of working at weekends. They’re the two things that people need to be quite open and understanding about when they first go into it. That’s the reality of what we do. We do it in the morning and get up early to get out ahead of golfers. And we work weekends. Weekend mornings.

The variety of the job, and the variety of the different things you’ll get to do and experience, is vast. Everyday, and it’s not just a cliché, will be different on a golf course. You can do a wide variety of things that you can take a lot of pride in – whether that’s raking bunkers, cutting greens, cutting tees, cutting fore greens, cutting fairways, trimming sprinklers, fly mowing, changing holes, moving tee markers or emptying bins, and as you progress through your career it just gets better; construction, project planning, ecology, tournament preparation, the possibilities are endless.

You can set your own standards, you can have the standards that are set for the club, but everything you do you can look back on with an element of pride.