Should we dump the bunker rakes for good?

James Bledge was writing for Greenkeeper International, the monthly journal of BIGGA, written for and by its members.

There has never been such a change to the way we all work in modern times than during the last six months.

Essential maintenance, staff on furlough, demotions and devastating redundancies, social distancing and sanitising – a whole new group of words that we have never been familiar with, yet they are now part of our everyday lives.

Initially, although it may seem that there have been few positives, COVID‑19 did provide an opportunity for many to enjoy time with family, Zoom meetings with friends, (more often than not involving alcohol) sets performed at home by some of your favourite bands, long lie‑ins each morning with no golfers to set up for and no bunkers to rake every day, you could say we had a break from the usual stresses of work.

Although the worst of the effects may still to be felt with redundancies and demotions, it has also provided an opportunity for both the game of golf and our industry, along with many others, to reassess what had previously been accepted as the norm.

This begs the question; do we really need rakes in bunkers?

There is an argument for both sides.

Over the past few months I’ve seen many a Footjoy or Ecco act as a fantastic rake, smoothing out misfortune along the way. Most clubs have adopted a six‑inch » lift and place rule to ensure no one is over punished by ending up in a size-9 footprint. So, all of this considered, what is the difference between taking a preferred lie and finding the ball on a perfectly raked surface left by your considerate pal in the 9:07am tee time?

But that’s never the case is it? Golfers are infamous for raking bunkers poorly, using one arm, leaving huge lumps of sand heaped up behind an awkwardly replaced rake (often upside down).

In summary, there is generally a disregard for the standard of presentation when leaving a bunker, whether it be raked or foot smoothed.

There is also the argument that we strive for perfection on all of our surfaces, so shouldn’t this be extended out to bunkers? There’s firmness, consistency of depth and even particle size and we haven’t even touched on what happens when we have golfers playing for their livelihood or a prestigious amateur event and all of a sudden the six inch rule is being tested to its limits with referees running around like headless chickens!

We constantly read complaints about how our industry is under‑appreciated and that we are more than just grass cutters, so is it fair to expect a casual golfer to rake a bunker and leave a finish of the same standard as we would get to ensure consistency for the field of players behind them? Is it not part of our job to routinely inspect and maintain bunkers and does it not undermine our skillset to expect a novice to do it just as well?

There may be the ultimate compromise whereby all golfers are asked to carry their own rake, but this could affect pace of play by the time the golfer has found the rake head among a plethora of winter coats and hats at the bottom of a golf bag, before taking an eternity to clip it on and rake their life away. By the time the deed is done everyone could be using 3D printers to make their own rakes!

So, it appears there is no better time than now to decide if we keep rakes or banish them to Room 101 forever with ball washers and ball scoops!

I for one love the natural aspect of the game and feel bunkers are hazards. I do also understand that the golfer paying good money expects similar conditions at 3pm to those at 9am and this may be unachievable with the ‘COVID smooth’.

I’m not sure what the solution is, but the purpose of this piece is to generate discussion and I would be interested to hear the opinions of others from within the industry.

As with all things turf the conclusions are never straightforward and there are many variants that make the end result you have in your head not necessarily achievable. Personally, I love the idea of having minimal furniture and a golf course without rakes could be a step in the right direction; whether golfers both from the amateur and professional game would share this opinion is another matter.

When this article goes live, I shall post it on my Twitter page @jamesbledge as a pinned tweet and I welcome any discussion. Have a chat with your colleagues at work about what you have learned from your COVID‑19 experience, good and bad.

There are no right and wrong answers and everyone’s opinion is valid.

Continue the conversation: James is on Twitter using @jamesbledge 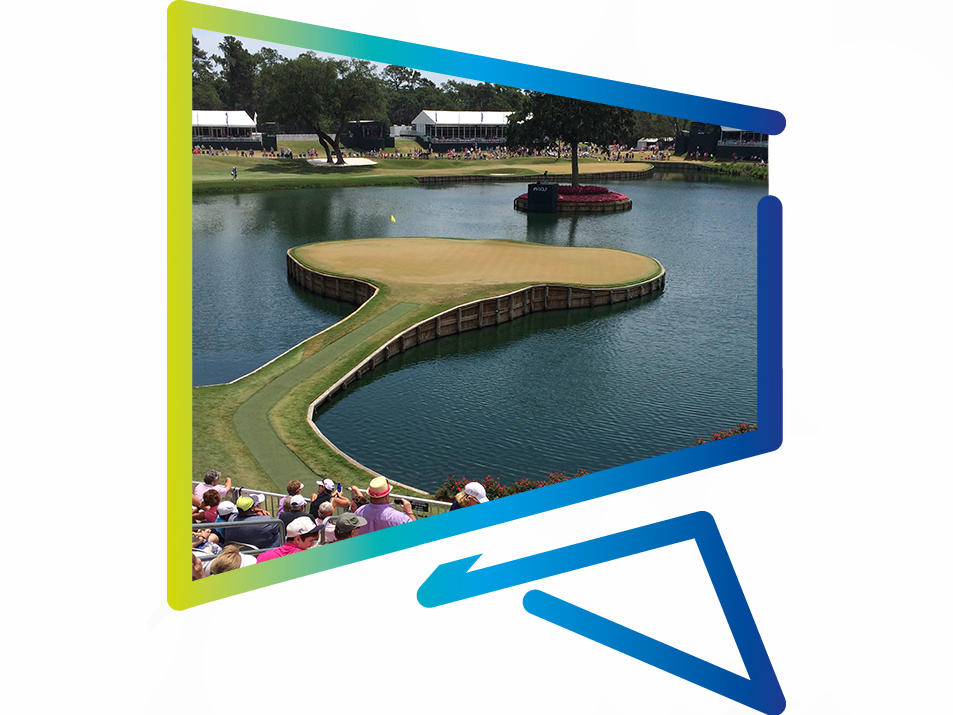 We want to hear from you! And if you get in touch, you could win £750 and a trip to Florida!