Green speed is more than a number 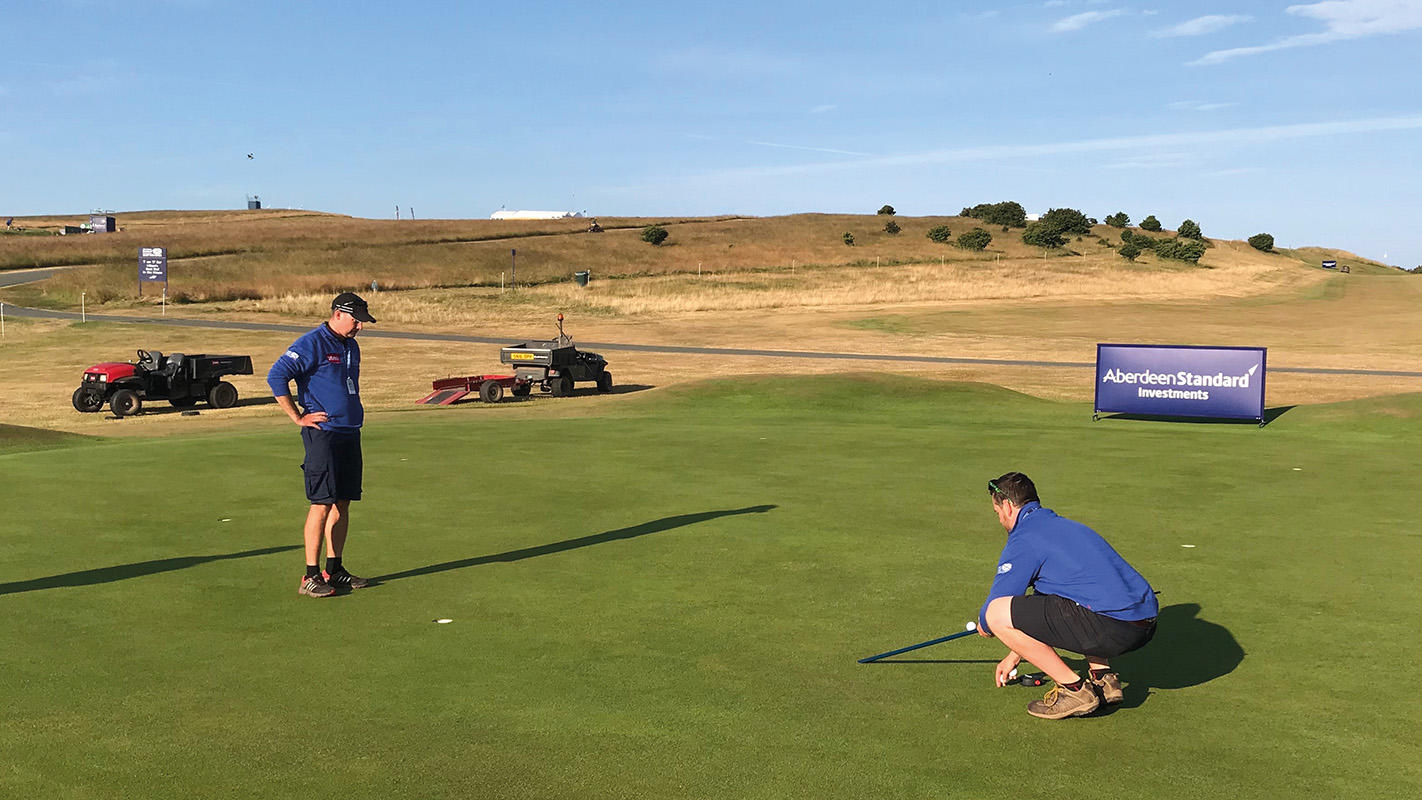 We remain obsessed with the speed of our greens, with the implication for the golfer being that faster greens are saved for special occasions, such as club championships. As such, if you’re able to achieve those high speeds in everyday life, then yours must be a high-quality course, right?

But how important are green speeds? Do they matter?

One of the most important innovations in golf course preparation since the 1970s was the stimpmeter. A stimpmeter is a simple device consisting of a long, narrow metal tray that enables greenkeepers to consistently replicate the roll of a ball across a green. It was introduced by the agronomy department of the United States Golf Association and is commonly quoted as an effective means of measuring speeds – you may have heard commentators at events discussing how fast the greens were “stimping” at.

However, measuring speed isn’t actually the stimpmeter’s true purpose. Tellingly, the device’s instruction manual reads: “the variations in speed, whether from one green to the next or on different parts of the same green, can do more to negate a player’s skill than ragged fairways or unkempt bunkers”.

That’s the leading authority for golf in the United States saying that consistent greens are more important than fairways, bunkers and even ‘fast’ greens. In fact, the pursuit of faster speeds by lower cutting heights often leads to the detriment of the putting surface, reducing consistency and “negating a players’ skill”.

The enjoyment of the average golfer also reduces as green speeds increase as nobody wants to keep three or four putting as their ball skids past the hole. In terms of pace of play, as little as a one-foot increase in speed can slow the pace of play by more than seven minutes per foursome.

If speed isn’t important, and consistency is, then what’s a ‘good’ standard of consistency across a golf course?

Well, like most things, that depends on the resources available to the greenkeeping team. 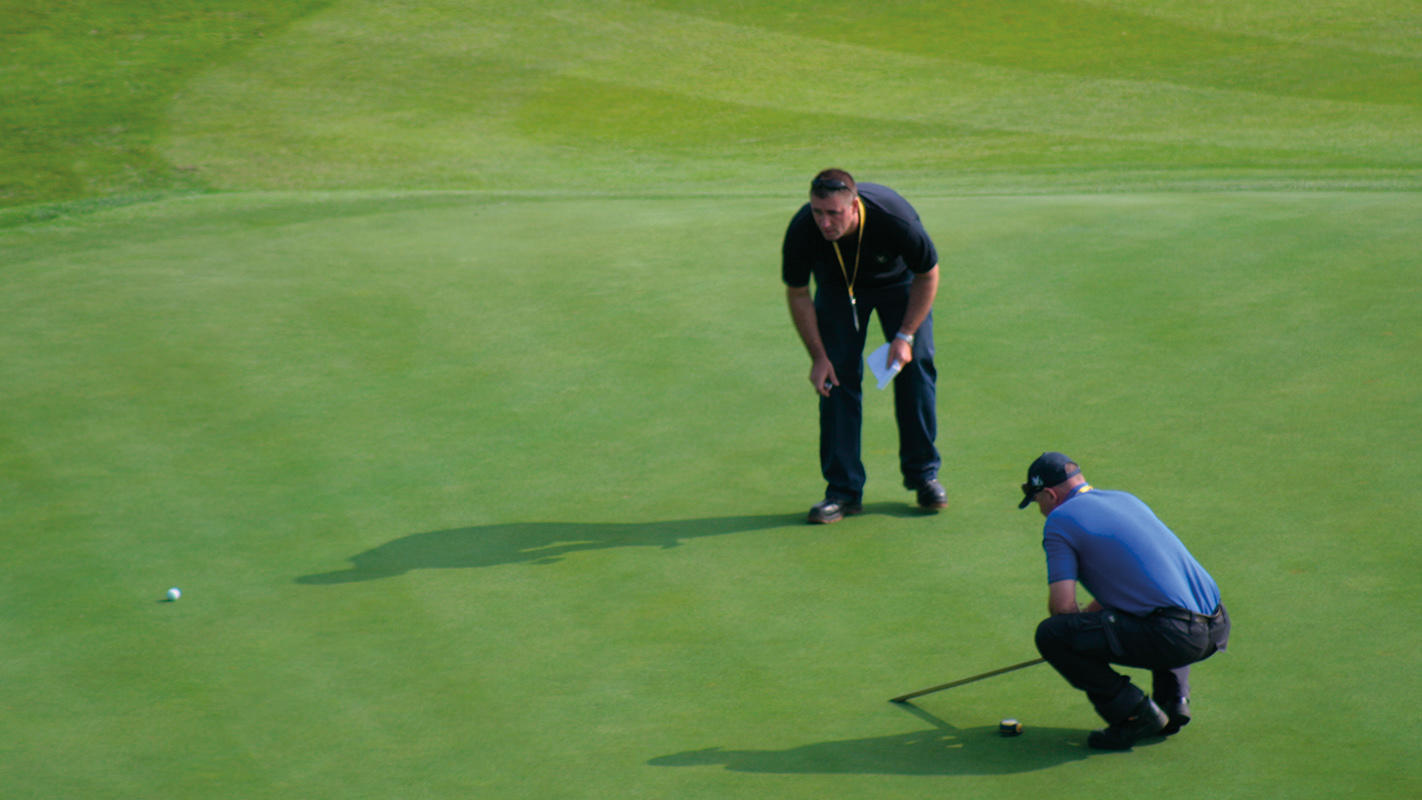 Dr Micah Woods is chief scientist at the Asian Turfgrass Center and he has undertaken a study to discover what the average differentiation is across golf courses. Taking 961 measurements at clubs in East Asia and America, he brought together a database of stimpmeter readings. He made three measurements on at least three different greens to come up with a ‘standard deviation’ of golf speed across each course.

Dr Woods said: “The ideal would be a standard deviation of zero, but that is only going to happen by accident because green speed will always vary, even slightly. But I wanted to find out what difference in speed was reasonable to expect? I discovered that 0.3 was the average, meaning that half of the data I gathered was below 0.3 and half was above it.”

He came up with a magic number of 0.3 feet or 3.6 inches. This means that if a greenkeeper reports a speed of 9 feet, the average speed on the course will actually be between 8.7 feet and 9.3 feet. And that’s just an average number for all 18 holes, so the actual spread will be wider than that.

And half of the golf courses Dr Woods measured had a standard deviation of more than 3.6 inches, with one measuring up to 1.5 feet. Consistency, it seems, takes incredible skill to achieve.

At the Ryder Cup in 2016 at Hazeltine, the green speeds for the three days of play were 12.4, 12.4 and 13.4. These are extreme tournament conditions at an American golf course prepared for one of the most televised sporting events in the world and as such there are an army of greenkeepers and volunteers working to get the course to incredibly high standards.

And yet as the green speed increased, Dr Woods discovered that the variability of speed across the greens also increased and the putting surfaces became less consistent. On the final day, with a reported speed of 13.4 feet, one green was even recorded as having an actual speed of 15 feet. That’s a difference of more than 19 inches!

It was a trend that is echoed across every golf course, no matter the budget or resource. For consistency to be achieved, it’s Dr Woods’ opinion – and an opinion shared by the turf management industry – that we should stop obsessing with green speeds.

Rather than making a demand of your greenkeeper that you’d like to see greens ‘stimping’ at a certain amount ahead of the club championship, wouldn’t you rather see them concentrate on achieving greater consistency across the course?

“In visiting hundreds of golf courses, I’ve observed that green speeds are always given as a single number and I’m actually not going to advocate that we change that,” explained Dr Woods. “For the members and the guests who are coming to play a facility, it’s useful just to report a single number, that’s all they need to know.

“But I believe that turf managers should secretly keep the additional information to themselves. By making an explicit measurement of variability across their greens, they can identify problems and opportunities to improve that uniformity.” 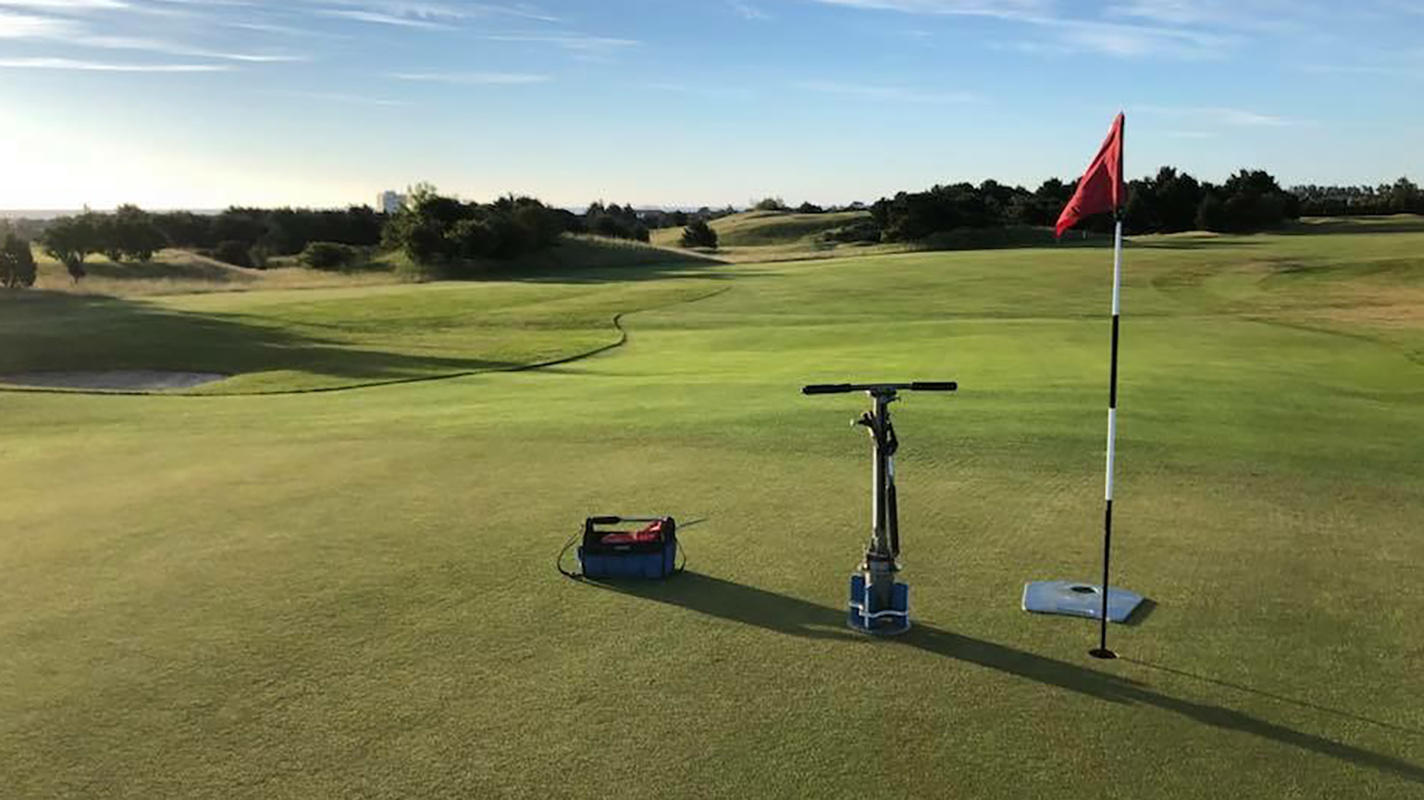 If we’re to look at golfer enjoyment, what level of consistency can players actually perceive out on the course? A study by American professors Thomas Nikolai, Douglas Karcher and Ron Calhoun in 2001 concluded that the average golfer is unable to detect a six-inch variation in speed from one green to another and therefore that is “probably a fair definition of consistency on a golf course”. Anything less than six inches and your regular amateur golfer won’t be able to perceive the difference.

So which was the most important measurement at The Open? Was it the slower speed on the final day? In truth, the most important figure quoted is the 4” differentiation as it highlights an incredible degree of consistency. Across 18 holes on a links venue in changeable weather conditions, the greenkeeping team was able to achieve a margin of error of just four inches.

The greenkeepers at your course almost certainly won’t be able to achieve that level of consistency, and it’s unreasonable to even ask them to strive towards such levels. But the important thing to know is that they’ll have more chance of achieving consistency – and you’ll enjoy your round more – if unrealistic demands for ‘faster greens’ aren’t made. 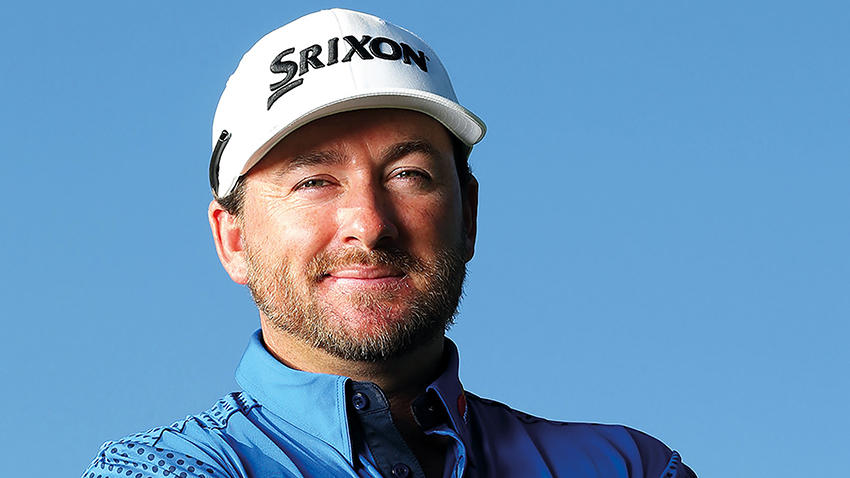